Iceland’s climate
– what weather should you expect?

Are you wondering what kind of weather will be in Iceland during your Guided Day Tour with Nice Travel?

We want you to enjoy your time with us as much as possible, and that includes helping you plan for Iceland’s very changeable weather. Here’s what to expect from your time in the Land of Fire and Ice, split into month-by-month sections.

There’s a famous saying in Iceland: “There’s no such thing as bad weather, only bad clothes”.

That’s because the weather in Iceland is wildly unpredictable, which means you need to know what clothes to pack and how to prepare for the tour in Iceland.

There is no “wrong” time of year to visit Iceland!

The summer brings the Midnight Sun, whale watching and cute puffins. When winter comes, the Northern Lights arrive as well, along with stunning snow-capped scenery and ice cave tours.

Iceland’s cinematic landscapes are ever-changing during the spring and autumn months, making Iceland an all-year-round attraction and a photographer’s paradise.

While the weather in Iceland is generally milder than other places on similar latitudes, like Canada or Russia, it’s also much more unpredictable.

Positioned right in the middle of the Atlantic Ocean, the weather in Iceland features frequent storms and strong winds whipping in from the sea.

When cold air from the Arctic mixes with the warm waters of the Gulf Stream, that triggers rapid changes in the weather. Temperatures, wind, cloud cover and visibility can change in minutes.

Your guided tour may start in bright sunshine and clear skies, but there’s always a chance of a sudden downpour, icy fog, a blizzard or an Atlantic storm! And the wind-chill factor can make a big difference to how the outdoor temperature feels to you.

That’s why there’s another well-known Icelandic saying: “If you don’t like the weather in Iceland, then just wait five minutes!”

The first month of the year is one of the coldest in Iceland. It brings long nights, which means it’s a great time for seeing the Northern Lights. There’ll be lots of wind, snow and frost, and you’ll need to wrap up warm. The sun will be low in the sky, so bring your sunglasses too.

Winter is still in control, and that means snow, sleet, and rain showers are likely. Daylight hours are increasing again, giving more time for exploring outside the capital. Keep that waterproof coat ready!

March is one of the best months to visit Iceland because strong aurora displays are still visible, while the ice caves are still open. Daylight hours are quickly increasing too, but it will still be very windy at times.

If there is a “spring” in Iceland, it happens in April. The winter snows are beginning to thaw, revealing fresh green grass and spring flowers. Migrating birds are beginning to return, along with whales and dolphins.

Summer has arrived, which means you’ll see lambs and calves bouncing around as we pass by the roadside farms, with countless purple lupins brightening the scene. Daylight now lasts for up to 18 hours.

June and July are known as the time of the “Midnight Sun” when there are endless daylight hours and warmer days for you to explore Iceland’s treasures at your leisure. Even though rainfall is at its lowest, remember to pack your waterproofs!

As well as basking in non-stop daylight, July is usually the warmest month of the year. It’s the best time to go whale watching, horseback riding, hiking or even sunbathing (yes! sun is strong enough) when taking a soak in hot springs.

The Icelandic summer is short, and August sees temperatures and daylight hours reducing again. That means you’ll need to have warm layers and thicker coats ready to pull on if it gets chilly. The puffins and some whales will be departing too.

The Gulf Stream helps to warm the weather in Iceland, holding winter back for a little longer. September is one of the rainiest months of the year, so you’ll need your waterproofs and sturdy shoes.

The leaves fall, the nights are drawing in, and there is more wind and rain. But the Northern Lights are becoming more visible at this time of year, so make sure you keep an eye out for this magical sight.

November is one of the more unpredictable months for the weather in Iceland, with fewer daylight hours. The temperatures are dropping, and the winds pick up too, so make sure that you have hats, gloves and scarves ready.

The days are shorter and darker, but that means a much better chance to see the Northern Lights in the dark of Iceland’s long winter nights. Snowfalls will increase, and Iceland will soon become a winter wonderland.

We hope this guide helps you understand how to prepare for the tour, whatever time of year you visit. 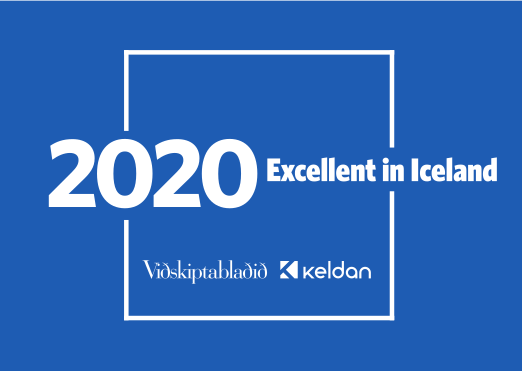 Have Questions? We will be happy to assist you!